Got your attention, don't I? In case you ever need a reason to make up some fake beer (you know...April Fool's is coming up, husbands beware), I have a nice recipe for you using things you probably already have in your pantry. 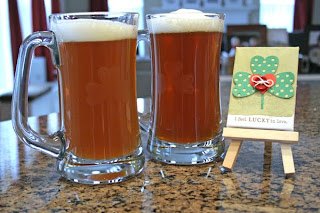 But first, why was I making fake beer in the first place? Photo styling reasons. Etched some St. Patty's Day glasses for Silhouette and thought examples would be better filled. Normally, in my non-pregnant state, I'd have called all the neighborhood ladies over for a four o'clock cocktail hour and served up the real stuff. But seeing as they are all more pregnant than me (seriously, baby boom on the block!...don't drink the tap water) that was a no go. Instead brewed myself some tea and whipped up some eggs whites and voila...realistic looking beer. Didn't drink it, but I don't think it would be too bad. Especially if you put sugar in the egg whites.

In other news, a little Papertrey card for you using Distressed Stripes and Day at the Beach. I still love my old sets as much as the new ones. Wanted to give them some lovin'. Got completely inspired by this shirt by Hanna Anderrson and put everything aside to make it happen. Love that creative bug. Now who's in the mood for summer? 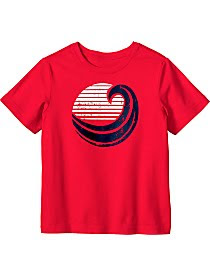 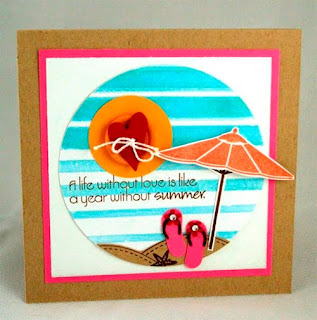