Hey Papertrey Peeps. It's time for another monthly countdown with PTI! I've got some products releasing this month that were inspired by one special little boy in my life. My almost four-year-old Sullivan is singularly OBSESSED with Hot Wheels. 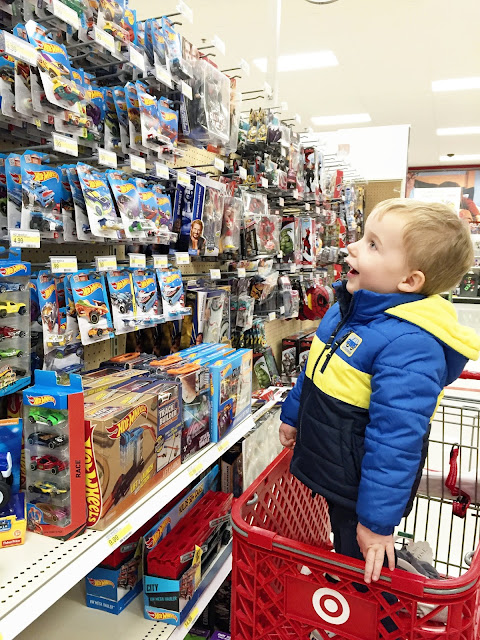 The use of the word "obsessed" is actually a bit of an understatement in this situation. The kid lives and breathes Hot Wheels. (I have no idea where he gets this obsessive personality trait...it's not like I'm that way with my hobbies...wink.) We have been instructed to refer to him as "Sully Hot Wheel" instead of "Sully Lincoln". He was in the pool yesterday splashing around a bit with this most blissed out look on his face and when I asked him what he was thinking about, he said...wait for it...I'm sure you'll be shocked..."Hot Wheels!" And as you can see, he often expresses love in terms of his favorite toy.... 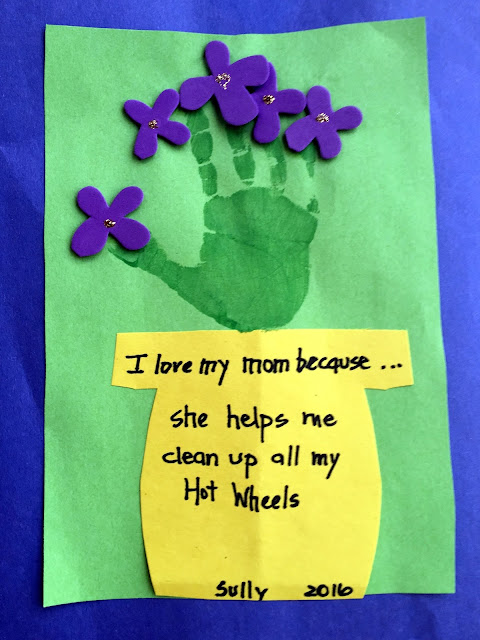 So, naturally, Mama had to come up with a stamp set that was inspired by Hot Wheels. Goodness knows, I step on and kick out of the way enough "inspiration" on a daily basis around here. It's almost like I'm being being beaten on the head with the idea. Which isn't a stretch. Sully often finds himself in time out because he's chucked a toy car across the room at something. We've all learned to duck. 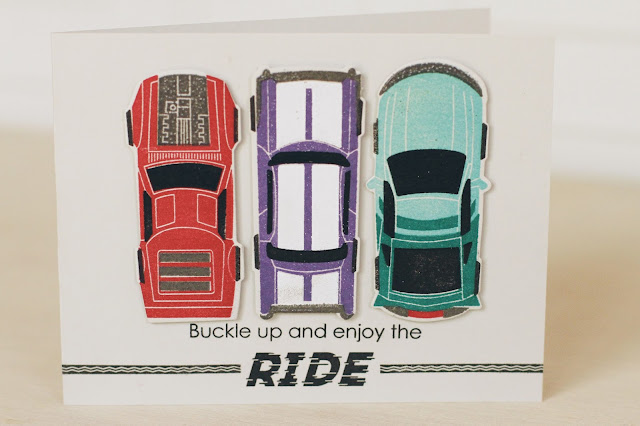 The Need for Speed stamp set and dies consists of three multi-step race cars. I'm letting the cat out of the bag all at once here by showing you all three. By designing them from the top, you get to see all the fun details. They are really fun to stamp and in various color combos.

Also included are several car-themed sentiments. The racy font is used on key words and those are separate stamps for different color treatments.

This is also a set of tire tracks in the set with the width matching the wheel base of the cars. I did some selective stamping of it (only stamping up one track instead of two)  here on this card to frame the sentiment. 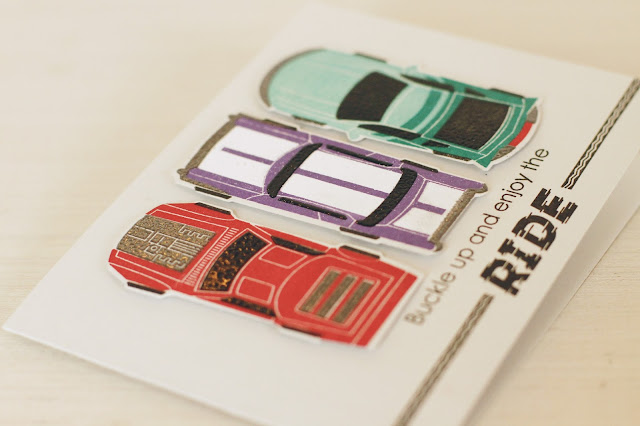 A different angle here so you can see what I did with embossing powder. All the windows were embossed with clear powder on black ink, the metal pieces (bumpers, hood details) with silver, and the white stripes on the Amethyst Allure car is white embossing powder. The white pops against the Soft Stone die cut and card base. All these little touches give a realistic look to the cars.

That's it for me. More Need for Speed over the next few days. Thanks for stopping by and taking a peek. Need for Speed will be available to purchase on June 15th, 2016 at 10 PM EST at www.papertreyink.com. And more release inspiration can be found at Nichole's blog here.