We have made it to 10 PM EST for Papertrey Ink's Stamp-A-Faire 2013. There's just one more blog post for ya'll today--the highly anticipated Recipe Remix. It's were you've submitted the projects on Nichole's blog that you felt needed fresh eyes and a little retooling. Who hasn't been there? I had a great deal of fun last year doing this one particular challenge. This year was no exception. It was such a pleasant way to spend a morning. 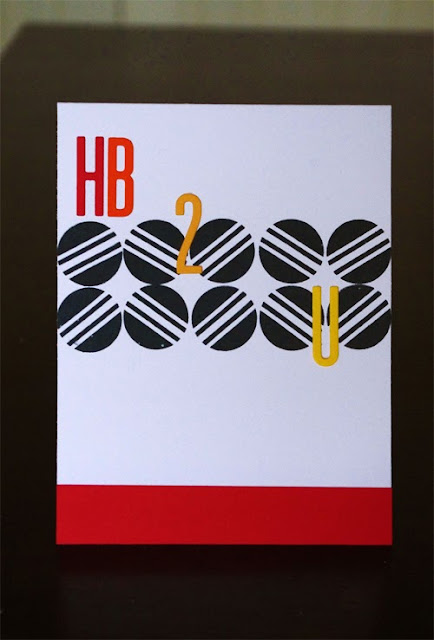 I choose to work with Lindsey's card from her blog post here. I was drawn to her two rows of tilted circles from the Boy Basics: Simple Circles stamp set. Very graphic and eye-catching from just the thumbnail. I'm also a fan of ombre, so her cheeky "HB2U" sentiment in a colorful gradient was also something I wanted to work with. 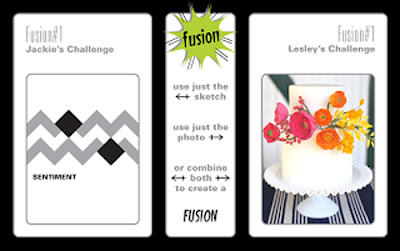 Lindsey had originally created this card as a part of an online challenge group. There was one card sketch and one inspiration photo to draw inspiration from and combine into one card. I thought this would give me further guidelines to work within.

Also of note were her blog comments on this particular card. There were a few references to how masculine and modern it looked. I wanted to keep that vibe as well. 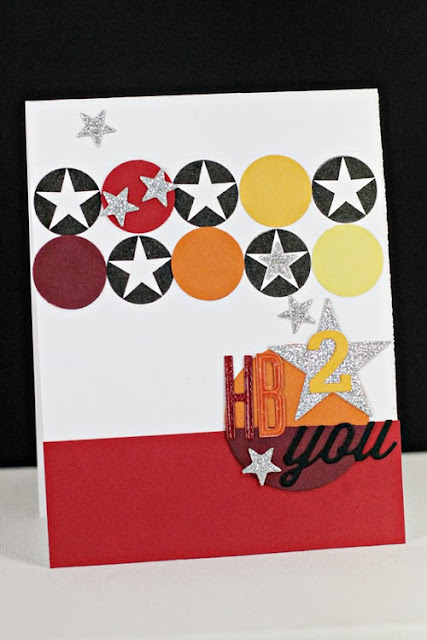 And here is my creation based on Lindsey's card, the Fusion challenge, and the blog comments. A few notes:

Thanks Lindsey for letting me play with your design. I'm definitely saving this one to mail out, I love it so much. And that's only because it had such great "bones".

The Closing Ceremony is in an hour at Nichole's blog. Hard to believe today is drawing to a close. I really hope ya'll enjoyed yourself! Makes me smile thinking of all of us around the world coming together today to share our favorite hobby. The internet is just such an amazing thing.