Hard to Walk Away

It's hard to step back and get back to the non-stamping life after a week of crazy release work.  I think we need some sort of detox program. LOL! In any case, if there was one, I'm falling off the wagon on Day 1. I was just so inspired by what Laura did with the maze dies on this card and this card (seriously...BLEW ME AWAY), that I had to try it out for myself. 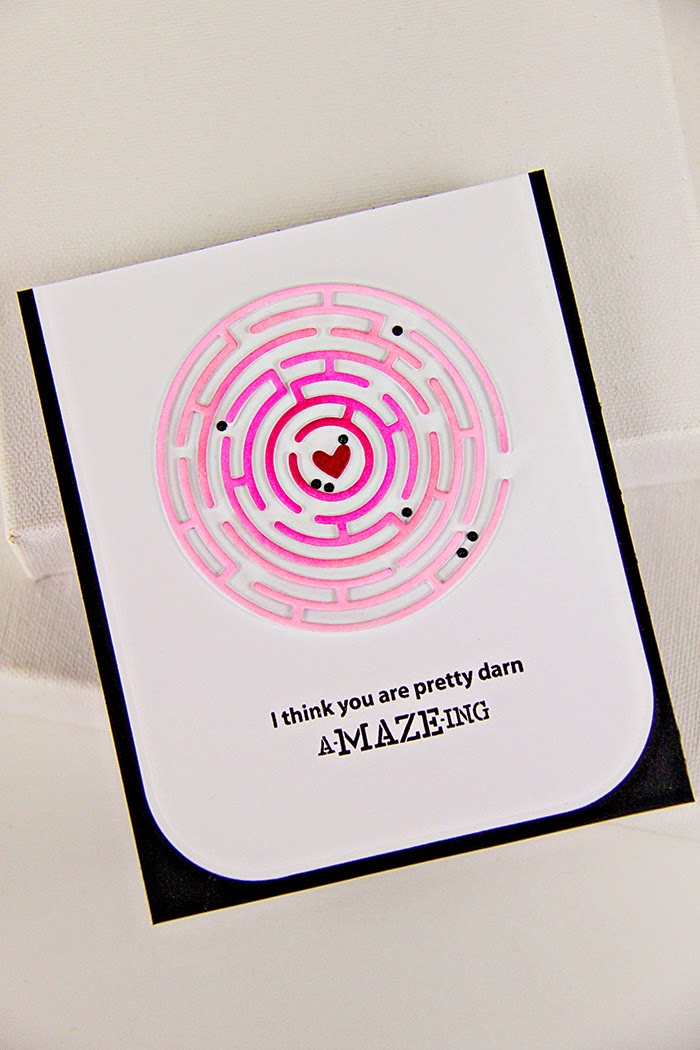 So, I followed Laura's lead by die cutting the circular maze out multiple times and gluing one on top of the other to create a more three dimensional look. On my card, I glued together three white cardstock mazes and then topped it with a Copic colored ombre maze in shades of pink. I found it best to put the mazes together away from your card base. Then you don't have to worry about glue smears on your nice card surface. Once you do all hat, you adhere the whole thing to your card. It's tricky at first with layers 1 and 2, but by the time you get to layer 4, the thickness has added a bunch of stability and it is a breeze.  But even at its trickiest, it isn't anything that is going to prevent me from doing this again...and again...and again. LOVE this look. Nobody is going to believe that this is homemade, it looks so good. 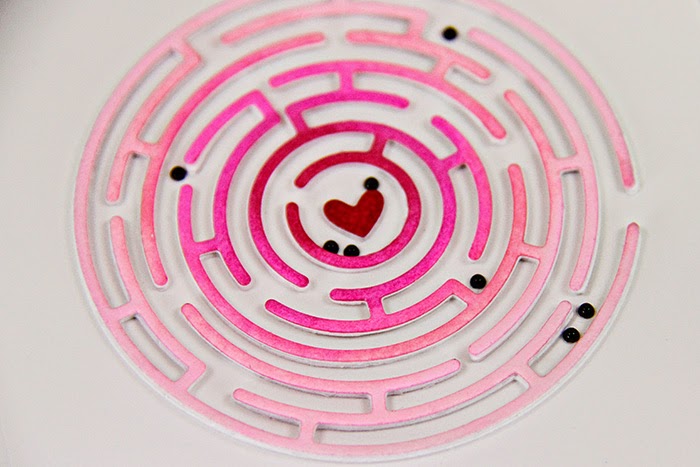 Here's a close up of the delightful dimension. Laura was so smart for seeing the possibility here. It's really an a-mazing look.:) The little black dots are 3D pearls I got in a large pack at Michael's. They are itty-bitty and just the right size. With the adhesive already on the back, they were a cinch to apply. 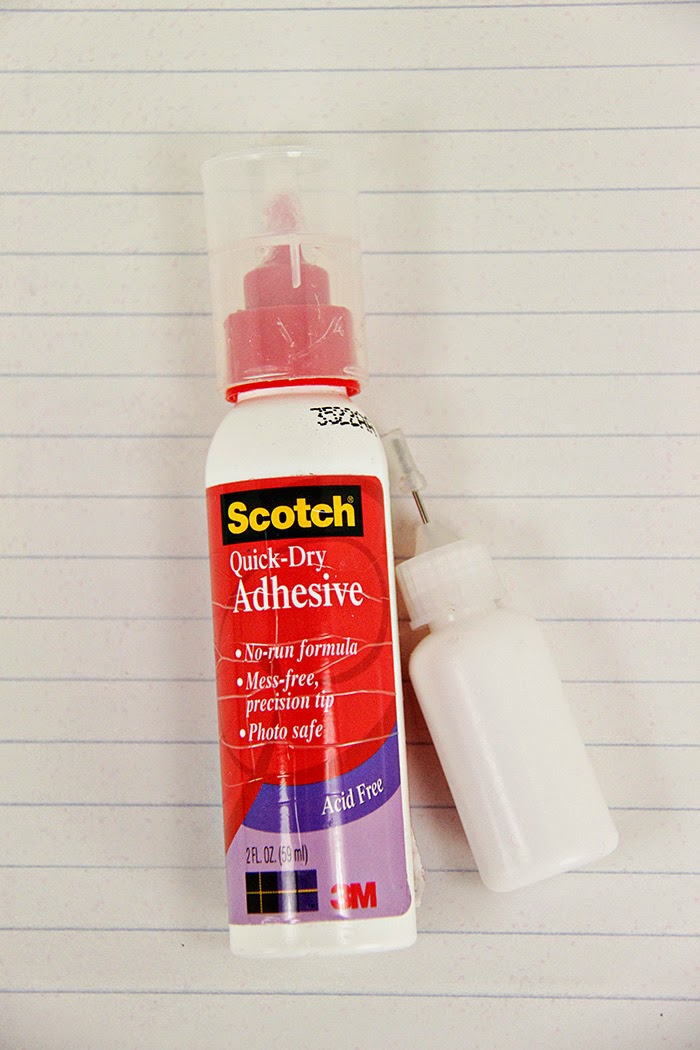 I've fielded lots of questions about the glue bottle I used on this week's Make It Monday video. It is a needle tipped squeeze bottle that I fill with Scotch's Quick-Dry Adhesive. If you Google "needle tipped squeeze bottle", "solvent bottle", or "oiler bottle" you should get some hits and multiple options as to a source to obtain your own. It is definitely an essential tool in my office. Don't know what I'd do without it. Certainly wouldn't have been able to put together that 3D maze without its help.